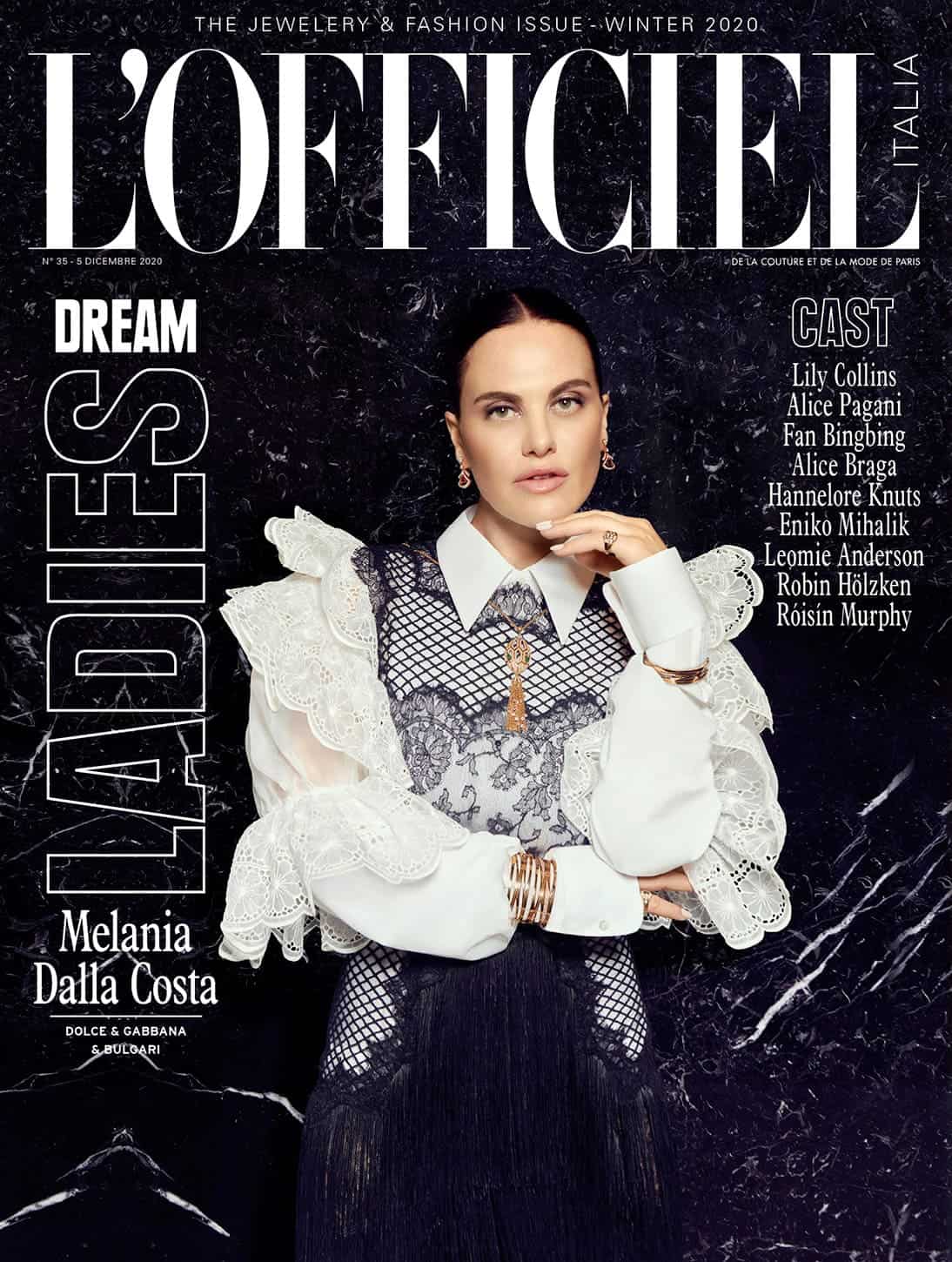 Melania Dalla Costa is an Italian-French actress, writer, and producer, born on February 25, 1988 in Marostica.

She trained at the Elf Theatre, Spazio Gedeone, CTA in Milan and at the Theater Conservatory in Rome. She is a creative producer of Magic Fair Film, a worldwide sales and production company based in Miami, Milan and Moscow.

She made her debut on the small screen with a role in the soap “Un posto al sole” in 2014, followed by Immaturi, a tv series directed by Rolando Ravello (2016), and the film Pamuk Prens (2016). While continuing her career in the movie industry, Melania studied acting with the best coaches of the international film panorama, such as Ivana Chubbuck and Bernard Hiller.

In February 2018, at the Cannes Film Festival she presented “Stato di Ebbrezza” by Luca Biglione where she co-stars alongside Francesca Inaudi. The movie was also selected at the Cannes Film Festival Marché. L’Officiel Italy defines Melania as the star of Italian cinema. In the same year Melania played the leading role in the film “I Sogni Sospesi”, a short movie she wrote with the the director Manuela Tempesta, “Three” directed by Alberto Bambini and starred in “The Untold”, a fashion film directed by Irene Cacciarini.

In September 2018, Forbes Italia, chose her as the only artist to represent, at the Forbes live event, the excellence of Made in Italy. Artribune, the most authoritative Italian cultural magazine, defines Melania Dalla Costa The Muse of Giovanni Gastel (the international icon of photography). Between 2018 and 2019 Melania Dalla Costa is the protagonist and the only subject of the exhibition Cattura, by the famous photographer Gastel, exhibited in Milan, Della Spiga street.

During the 76’ edition of Venice Film Festival she was one of the protagonists of the kermesse, officially presenting the film “I Sogni Sospesi” at the Veneto Region space at the Hotel Excelsior at Venice Lido.

Melania Dalla Costa is testimonial for the 2019 United Nations (UNICRI) campaign against violence towards women, to be held on the November 25th International Day for the elimination of violence against women. UNICRI is the ONU institute which deals with crime prevention and strengthening the justice system as a key foundation for protecting human rights and for development. The campaign was handled by photographer Dimitri Dimitracacos.

In the February 2020 issue, Grazia Arabia magazine chooses Melania Dalla Costa as one of the international women who inspire the magazine, thanks to the work done by the actress internationally.

In 2021 Melania Dalla Costa was chosen as testimonial for the 1000 Miglia 2021 by Franciacorta, official sparkling wine of 1000 Miglia, because she represents values such as the Italian spirit and elegance that distinguish Franciacorta as Italian excellence, and by Chopard, sponsor of the competition. Melania Dalla Costa drove a Mercedes S-class flagship car of President Beretta, for the first stage of the most beautiful race in the world: from Brescia to Viareggio.

The actress appears on the cover of Harper’s Bazaar Bulgaria in July 2022.

2012 – Spazio Gedeone, the actor’s art in film and theater directed by Paolo Olgiati

2010 – Acting and diction with Mauro Pini

The Magnificent Rebels Of Venice (2021)