I am no longer myself: Melania Dalla Costa testimonial of the UNICRI campaign of the United Nations 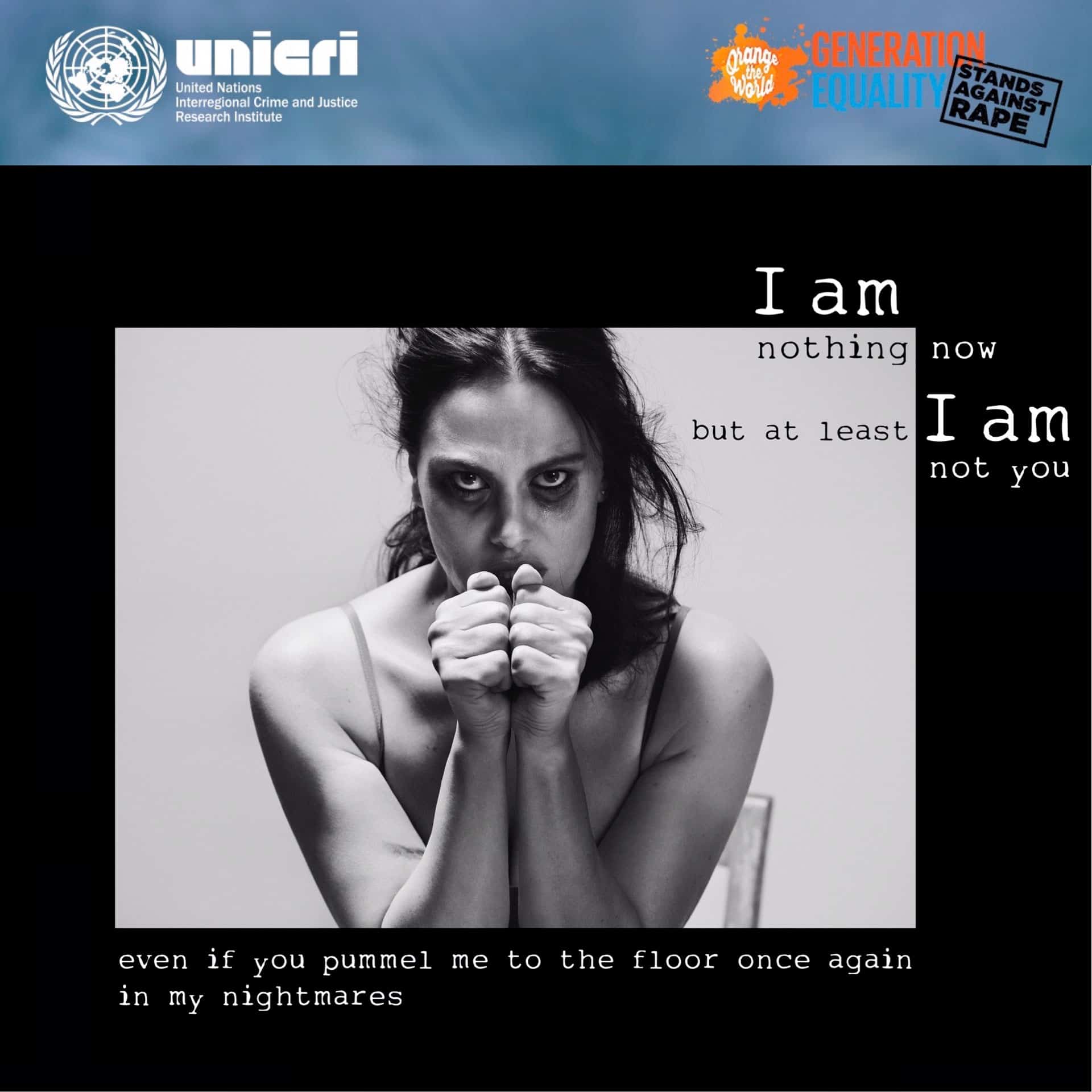 I am no longer myself: Melania Dalla Costa testimonial of the UNICRI campaign of the United Nations

The actress Melania Dalla Costa is the advocates of the 2019 campaign that the United Nations Interregional Crime and Justice Research Institute (UNICRI) will launch on 25 November, the International Day for the Elimination of Violence Against Women.

The International Day marks the starting of the UNiTE global campaign, the 16 Days of Activism against Gender-Based Violence under the theme, “Orange the World: Generation Equality Stands against Rape!”. The initiative was started by activists at the inaugural Women’s Global Leadership Institute in 1991 and continues to be coordinated by the Center for Women’s Global each year. In support of this civil society initiative, under the leadership of the UN Secretary-General, António Guterres, the United Nations Secretary-General’s UNiTE by 2030 to End Violence against Women campaign calls for global actions to increase awareness, galvanize advocacy efforts, and share knowledge and innovations.

Data on violence against women

According to the World Health Organization, 1 in 3 (35%) of women worldwide have experienced either physical and/or sexual violence in their lifetime. Globally, women and girls experience rape, sexual violence, and abuse in times of peace or war. Rape is a pervasive phenomenon which is often ignored or accepted by communities. The testimonies of survivors and the voices of activists, through campaigns such as #MeToo, #TimesUp, #Niunamenos, #NotOneMore, #BalanceTonPorc, and others, have contributed to shed light on this criminal phenomenon which cannot be silenced or ignored anymore. The UNITE Campaign is calling on people to take a stand against the pervasive rape culture surrounding us.

Today, more than ever, we must join this global call to create the conditions for a society where women are never again abused and discriminated.

Melania Dalla Costa said, “I am honoured to take part in this campaign, because all I want is to help those who are suffering with all my heart and all my strength. We must not forget the Mirabal sisters, the three activists who opposed the dictatorship in the Dominican Republic and were assassinated on 25 November 1960. To me, this campaign is the continuation of the path that I started with ‘Unfinished Dreams’, a movie on violence against women that I produced and in which I played the role of the main character. The campaign with UNICRI wants to give voice to the victims of sexual violence. It aims at raising awareness of this hideous crime and remind everybody that the foundation of any relationship is respect. From my perspective, the essence of being human is to help the most vulnerable ones and I am happy that I have contributed to the mission of UNICRI. Violence against women has many faces: physical violence and rape, not to mention psychological violence. Every day, we, as women, have to fight to demonstrate that we are able to work, we are strong, we can have a family and raise children. But we also have the right to be women, including being fragile as every human being could be”.

Abuses are a form of weakness

According to the Director of UNICRI, Bettina Tucci Bartsiotas, “A radical cultural change is needed to eliminate violence against women. In the era of innovation and technological advances,millions of women are still experiencing barbaric abuses. All too often they are surrounded by silence, stigma and exclusion. We must do more to stop systematic sexual violence as a weapon of war. But even in the most developed countries, essential services are lacking:there are no centres to support and protect victims and to give counselling to people with violent inclinations in order to prevent the escalation of their violence. This campaign is a tribute to the victims and it describes a painful process that leads to the destruction of an identity. An identity that can reborn through the strength that only solidarity and help can generate. The campaign is also launching a strong message to violent people: their abuses are a form of weakness, a denial of our human nature”. 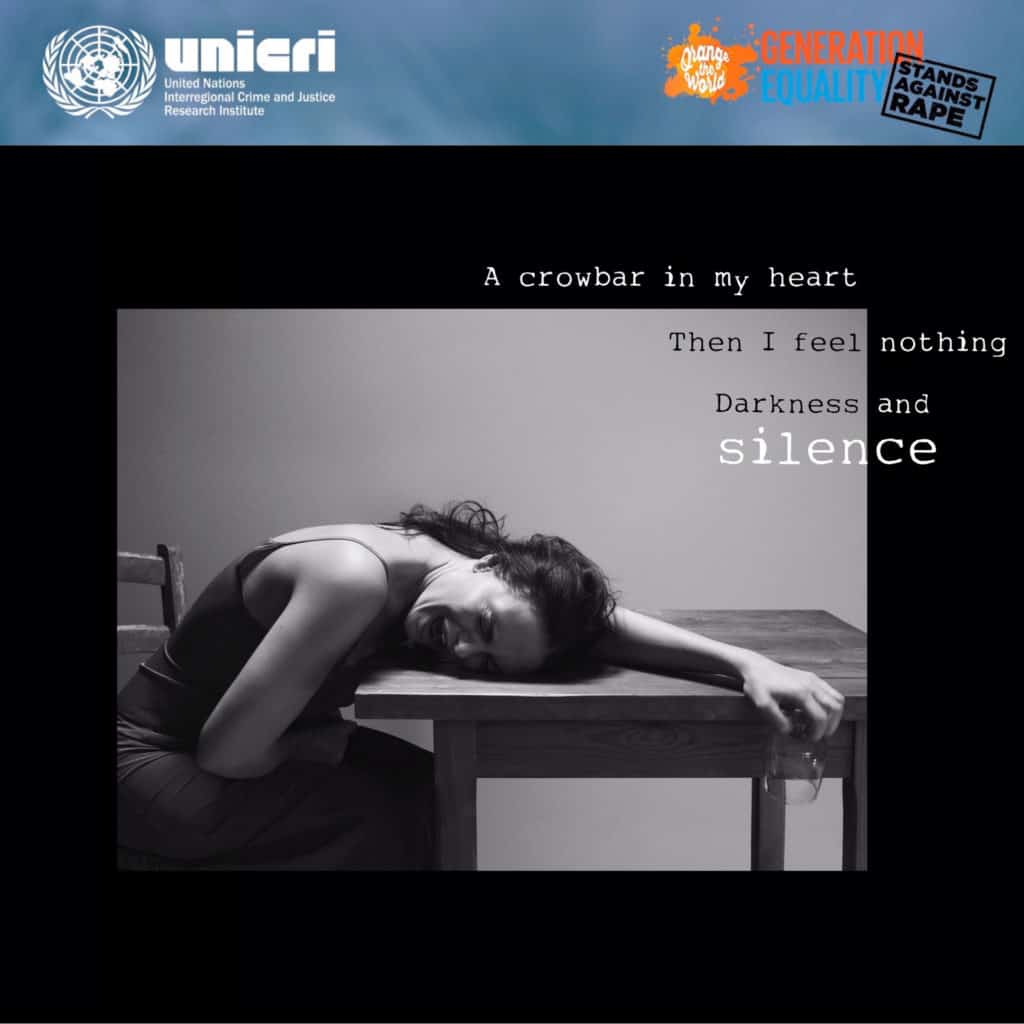