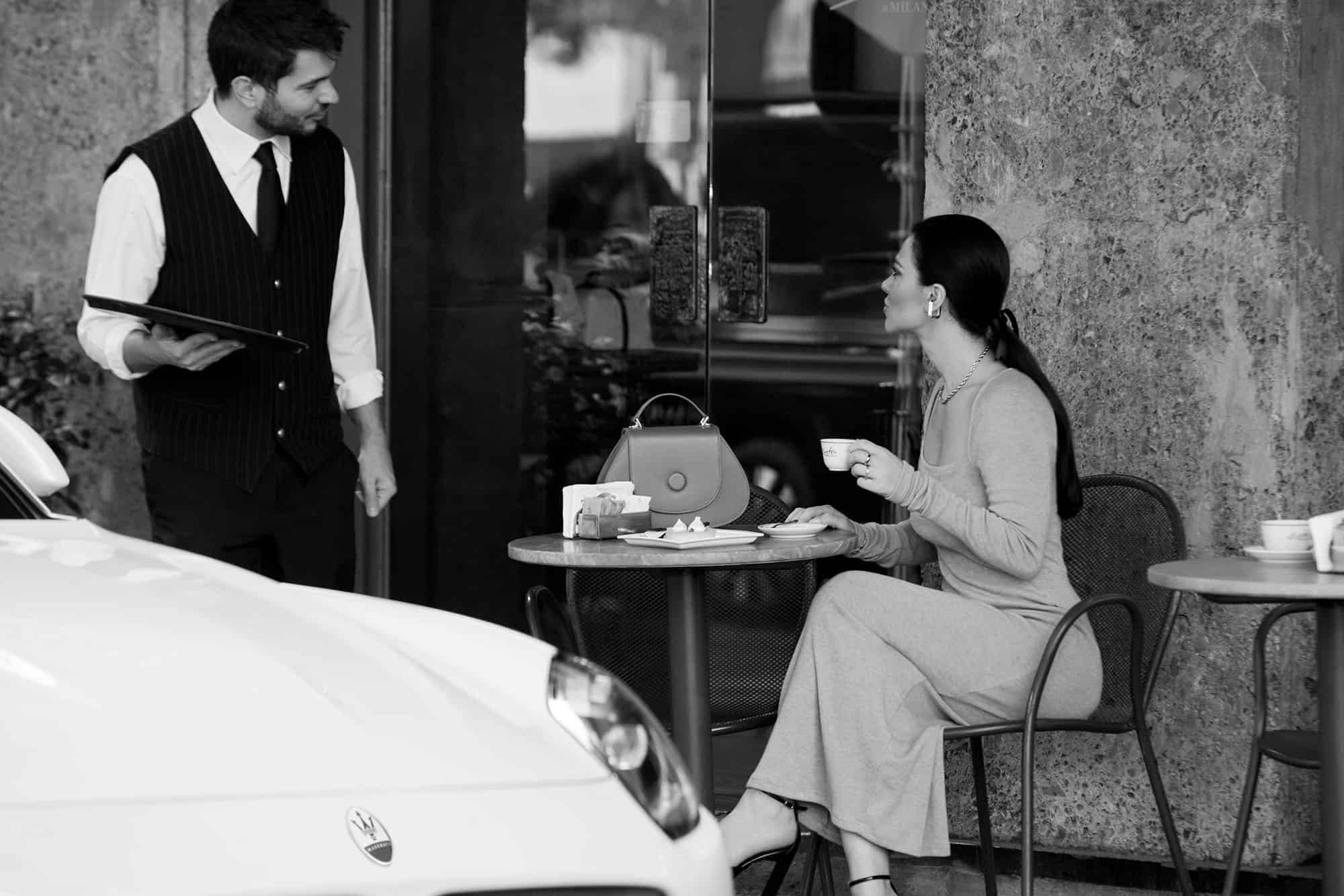 In her Maserati Grecale Modena, no less.

Milan is always bustling, and today is no different. In between runway shows, the museums, art galleries, and (of course) eateries all beckon. “Milan is the metropolis that moves in perfect and dynamic balance between history and modernity,” says Melania Dalla Costa, the Italian-French actor, writer, producer, and activist, during her tour of the ever-glamorous fashion and design capital. 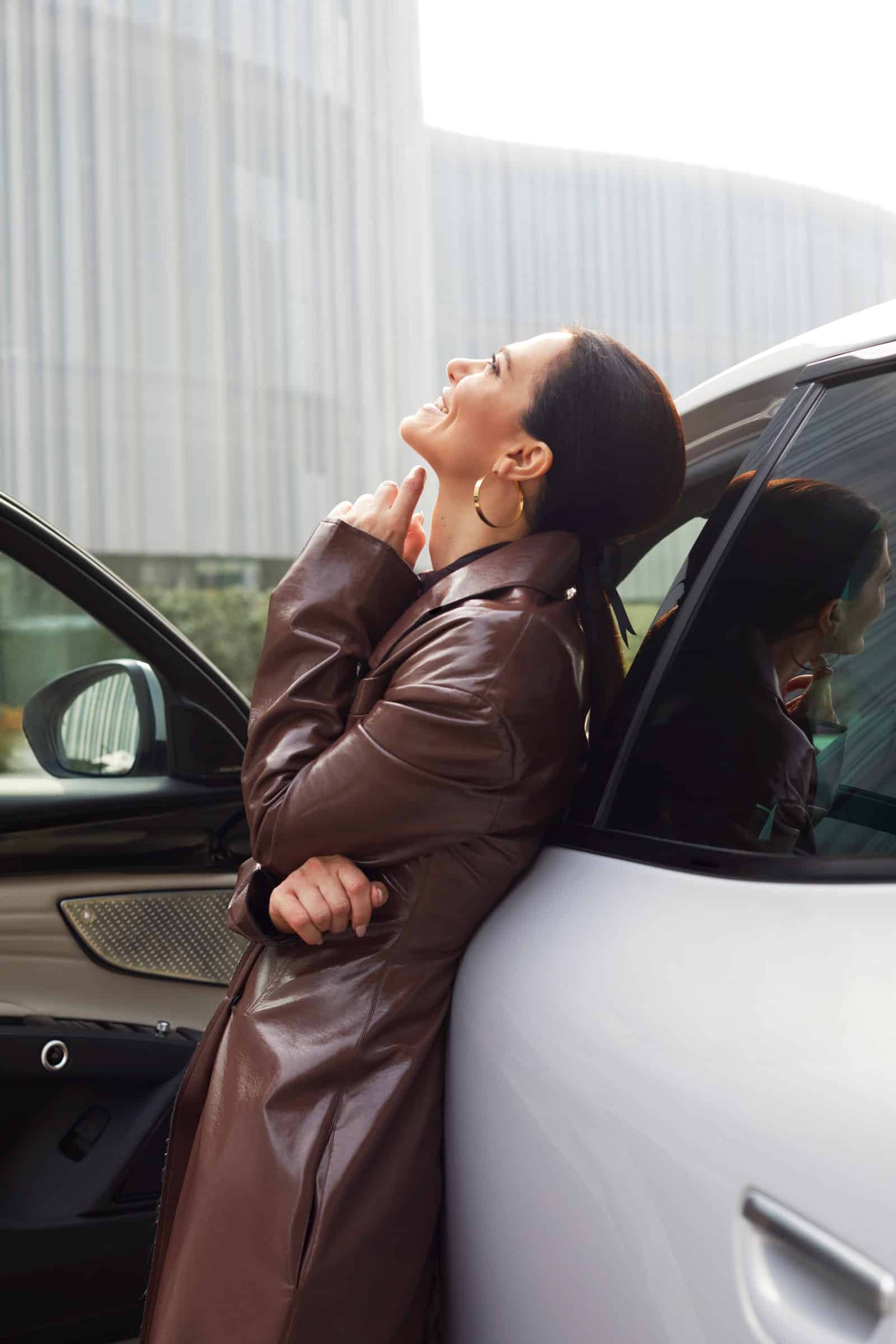 First stop: Bocconi University, known for its gleaming, modern design, and located in the hipyethistoric Navigli district. (In ancient times, the entire area was linked by canals.) “The Bocconi University is renowned worldwide for its history and prestige,” says Dalla Costa, glancing out of the window of her sleek Maserati Grecale. Stepping out of the elegant vehicle to explore the impressive work of SANAA Studio architects Kazuyo Sejima and Ryue Nishizawa, she can’t help but be awed. “This is beauty,” she says with a sigh. Indeed, the transparent glass walls of the ring-shaped buildings—coupled with 17,000 square meters of publicly accessible greenery—have injected fresh energy into not only the campus, but the community at large. 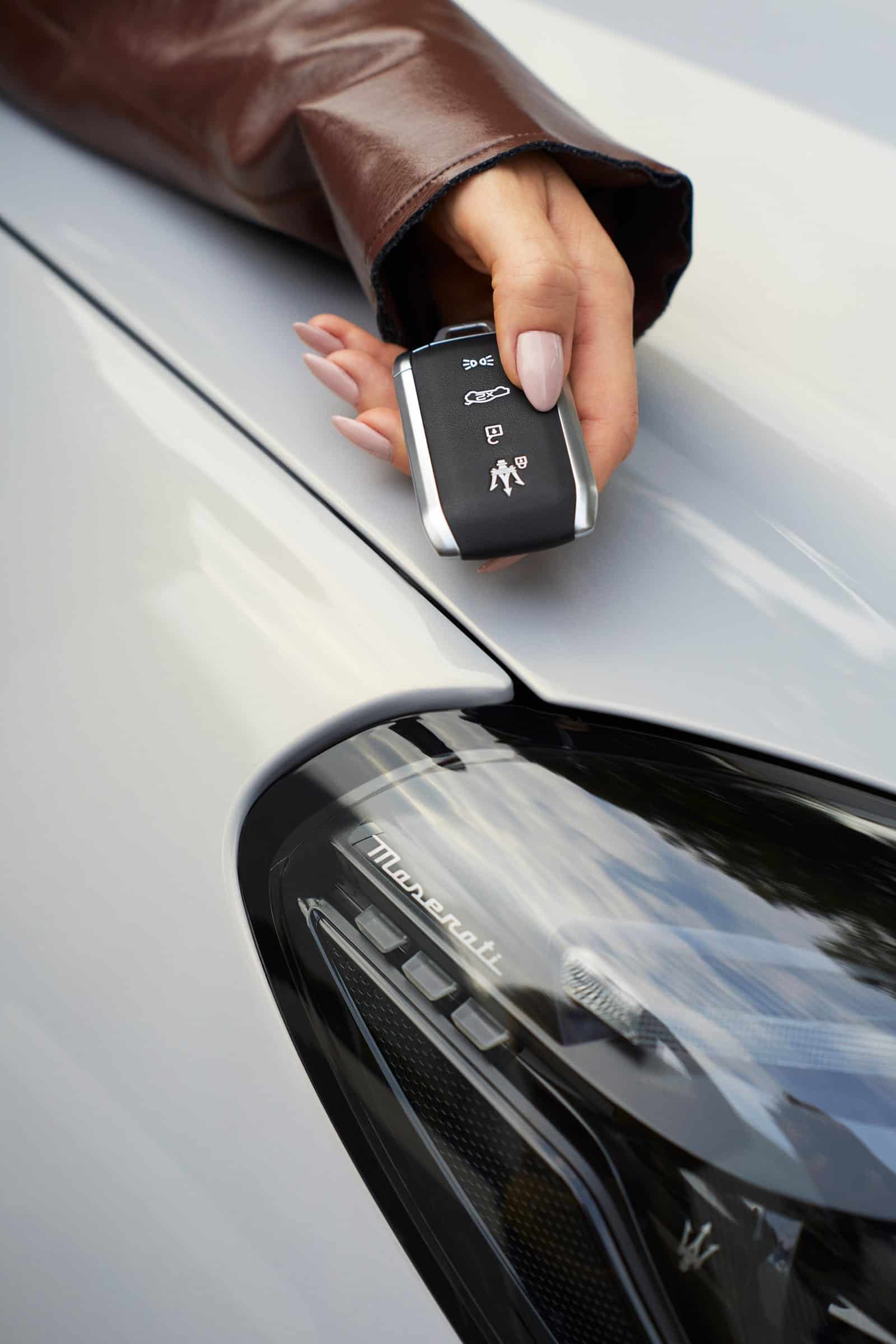 After strolling the grounds, Dalla Costa grabs her car keys and sets off to our next destination for the ritual of a mid-morning ristretto, an indulgence the Milanese know well. Gliding her Maserati Grecale into a peaceful square, Dalla Costa parks and heads to Pasticceria Cucchi, a favorite of the fashion crowd since it opened its doors on Corso Genova in 1936. Nearly 80 years have passed since the Milanese jet-set were first welcomed here, but the cozy spot has not shed an ounce of its charm. While the sweets are the main draw—Dalla Costa opts for a lemon tart with delicate Italian meringue—it’s also an ideal perch for people-watching, which the actress takes full advantage of from her favorite table out front. Of course, Dalla Costa’s arrival has not gone unnoticed. Known for her striking eyes, keen sense of humor, and impeccable style, the star is an immediately recognizable figure in Italian culture—and more than a few heads turn her way. 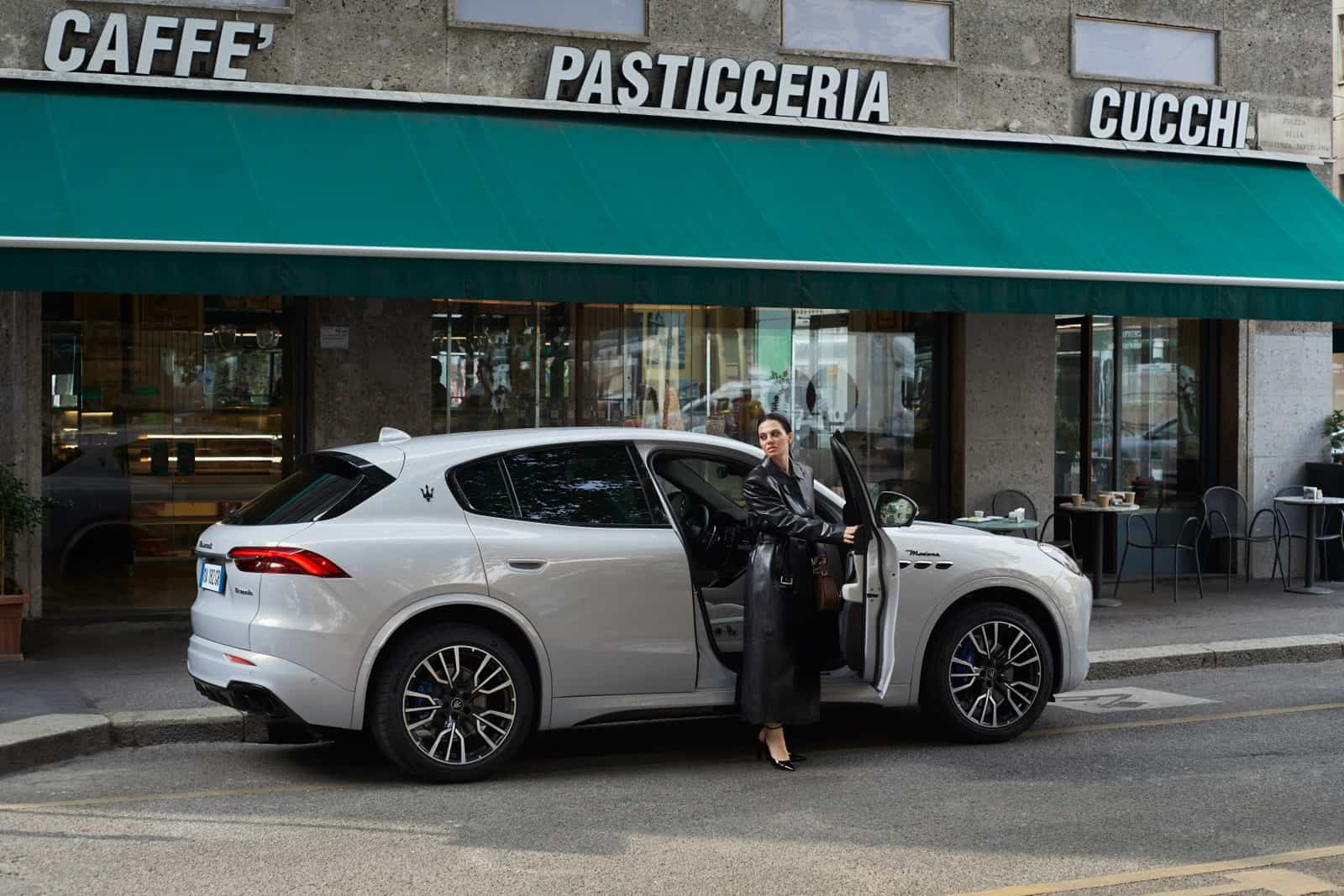 “Milan is a very fast city, but you have to be very careful because of the traffic,” notes the actress, undistracted by the bustle her presence has created. “The Grecale is a beautiful, stable car that embraces innovation and delivers extraordinary performance,” she says. “It’s safe and chic.”The Grecale is available in three versions (GT, Modena, and Trofeo), and  Dalla Costa drives the Modena, which features a four-cylinder hybrid engine. The car shimmers with an iridescent gray hue—grigio cangiante, as the Italian brand calls it—inspired by the freshness of summer light. Here in Milan, whether navigating old-world stradas or gliding by resplendent contemporary architecture, the Moderna makes a bold statement. 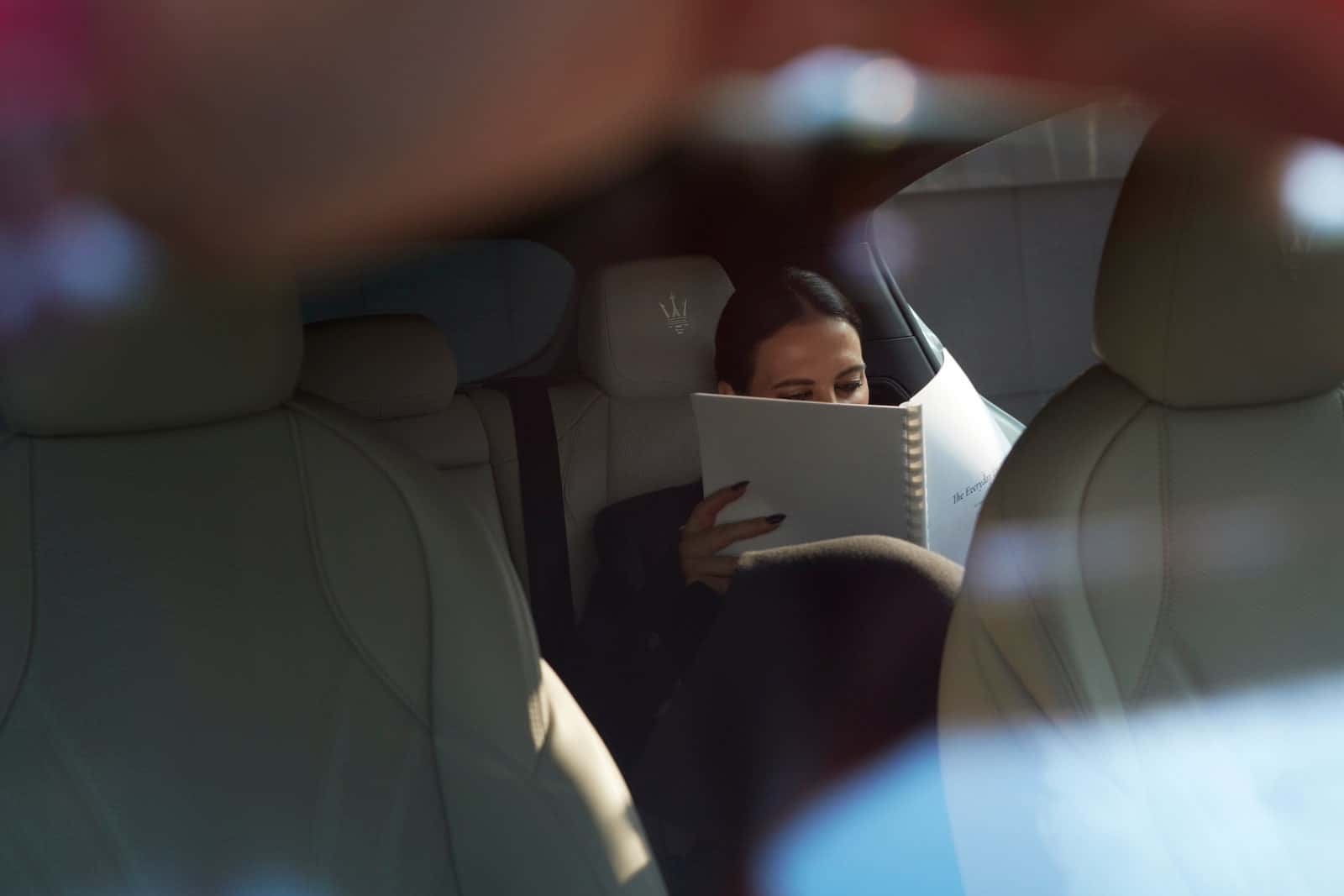 Dalla Costa’s career keeps her on the go, so she’s expressly chosen a car that delivers next-level comfort. Known for her award-winning films, as well as for her powerful testimonial at the United Nations in support of their 2019 campaign against violence towards women, she pauses for a moment to reflect on her extraordinary journey. “I come from a tiny mountain village called Enegoshe,” she tells us. To her, Milan represents “a city of possibilities. It can change the fate of a person,” she says. “It did with me.” 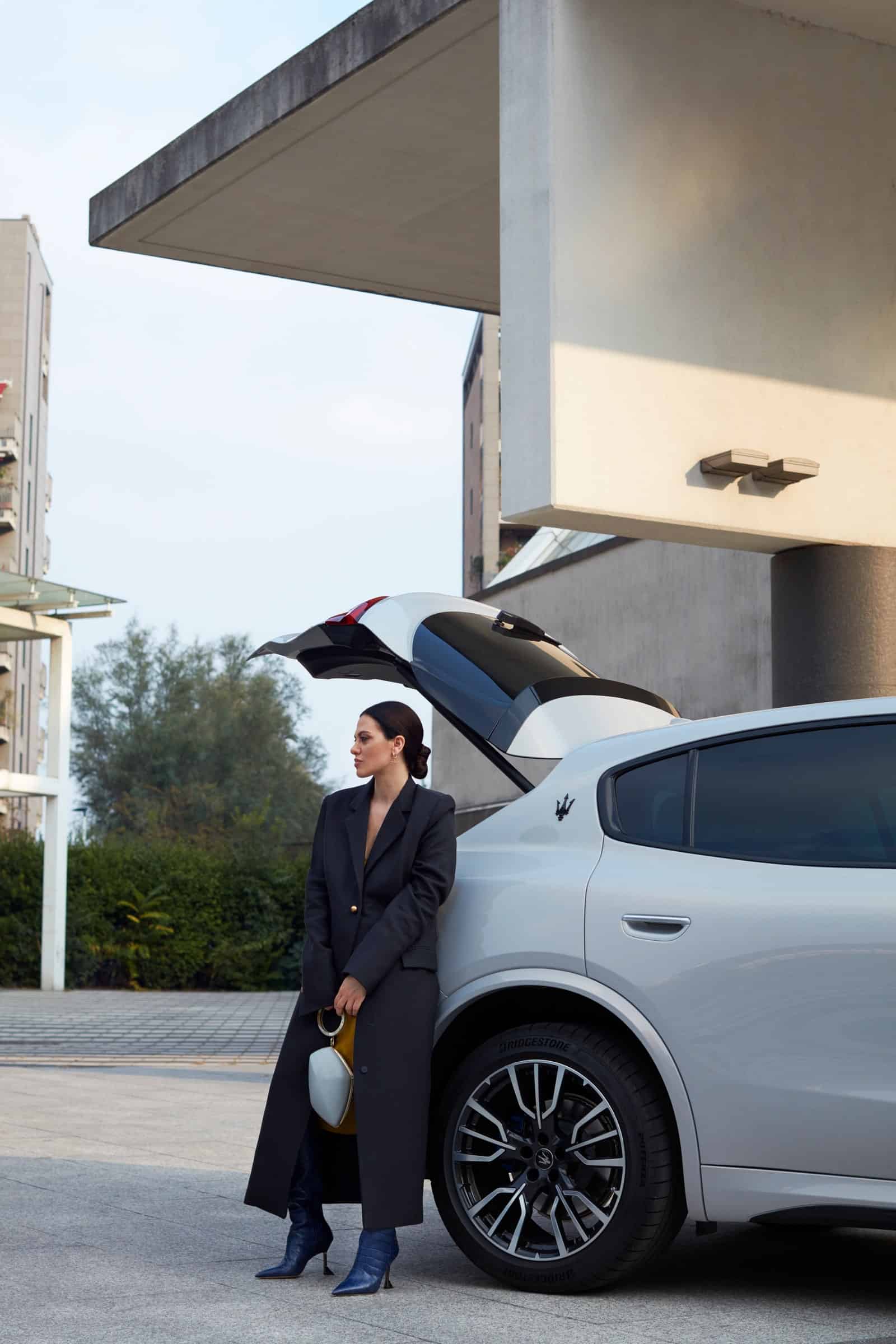 The star’s next stop is the Teatro degli Arcimboldi for a business meeting. The theater is the work of the famous architect Vittorio Gregotti in collaboration with Mario Botta and Elisabetta Fabbri. The arresting opera house—which features a fan-shaped, two-level auditorium—takes its name from the Arcimboldi family, nobles who resided in this district in the 15th century. Leaning into the Maserati Grecale’s plush rear seats, Dalla Costa reviews her script, displaying the dedication to her craft that has led critics to declare her the star of Italian cinema. Satisfied with her reading, she heads into the theater looking every bit the movie star in a chic coat featuring back cut-outs, allowing her bold chartreuse slip dress to peek through. 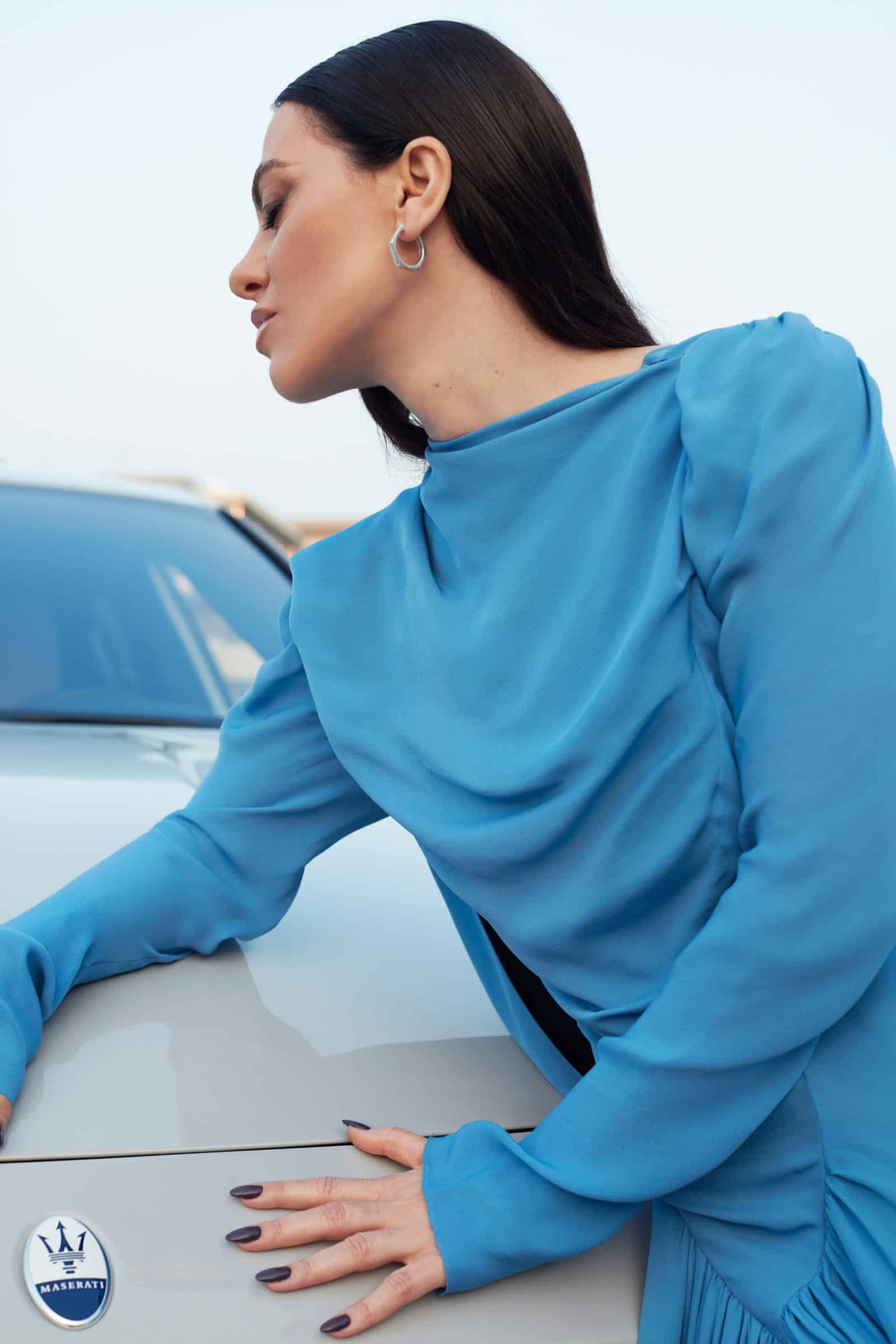 Come dusk, when less vibrant cities are winding down, Milan is just hitting its stride. Dalla Costa drives to the Piazza Adriano Olivetti, which she describes as a “place of social and cultural gathering that quickly entered the hearts of the city.” As the light falls gently over the rooftops of Milan, she steps out of her Grecale, and directs us to a permanent art installation which spells out “Tu Sei Futura” (You Are Future). “It always makes me think,” she says. “Every time I see it, it gives me strength and the desire to fight for a better world and realize my dreams”.