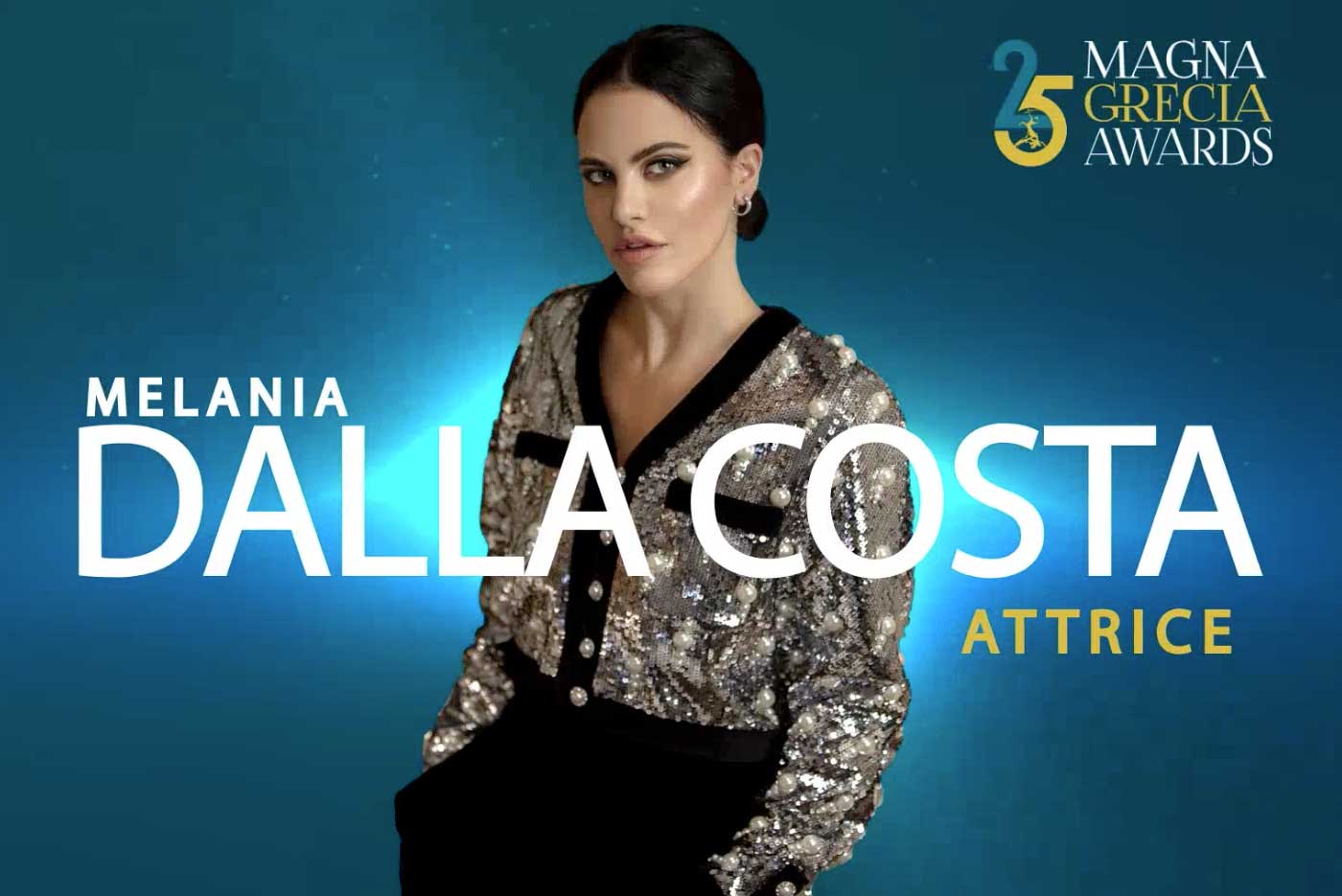 The Magna Grecia Awards recognize themselves in the universal values of this ancient Mediterranean civilization: democracy, freedom, tolerance, dialogue and solidarity among people.
It is no coincidence that this very strip of land of Otranto was chosen to establish an Award that for more than 20 years has been calling to the beauty of soul and mind.

Apulia thus becomes every year the cradle of a knowledge in the making and the scene of moments in which the talent, the work and above all the heart of women and men who traverse our contemporaneity, leaving us a light, are recognized.

Melania Dalla Costa was awarded with the following motivation, “She is one of the most powerful and enigmatic faces of contemporary cinema. On the strength of her success she has chosen with the courage that distinguishes her to be a testimonial against violence against women, recognizing with great awareness that amid vulnerability and fragility every woman can fight to save herself and others.”