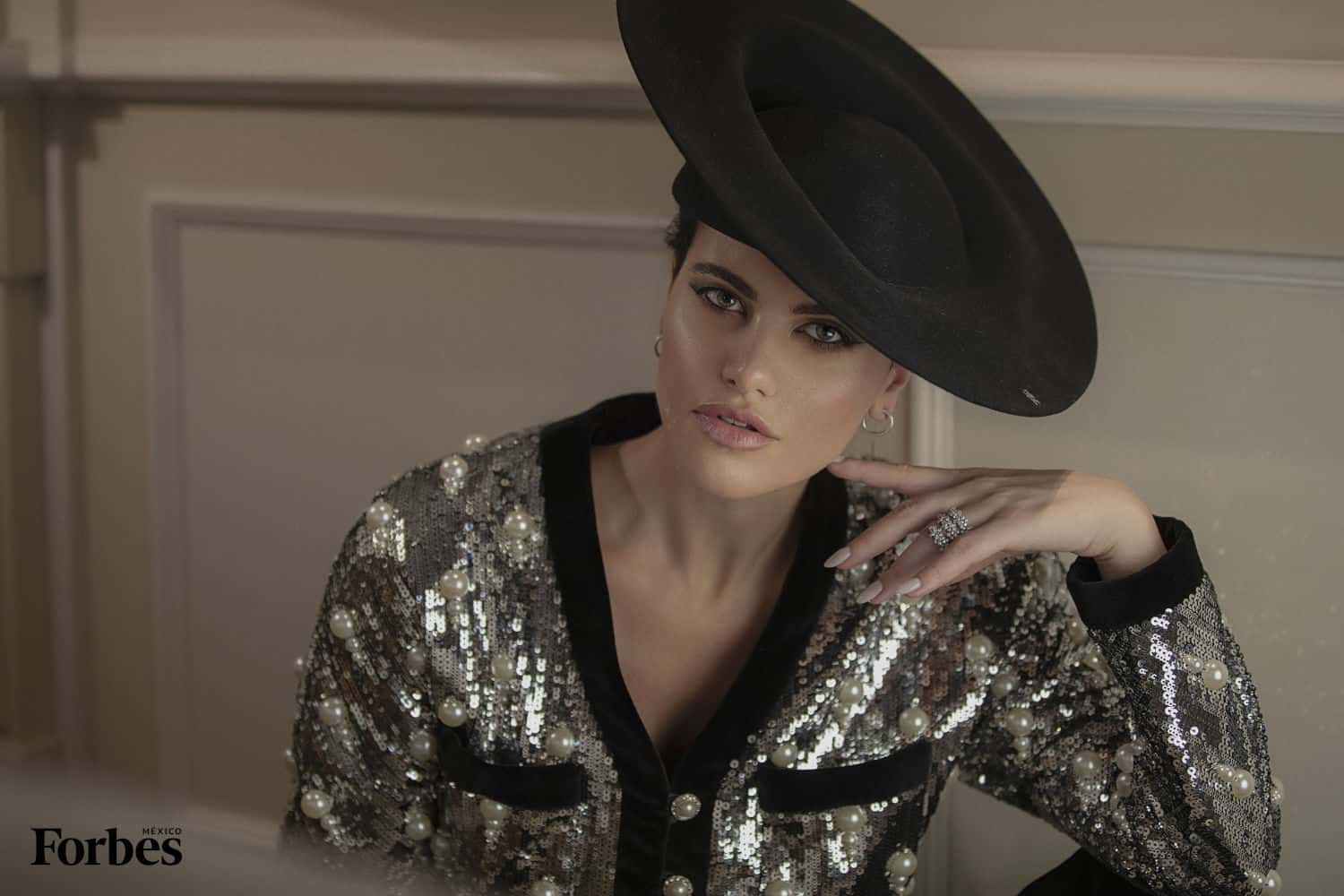 Melania Dalla Costa stars in an interview and photo shoot in Forbes Mexico.

Melania Dalla Costa: Fragility as a symbol of empowerment

The Italian actress, producer and activist is the face, charisma and determination of the international project “Women Empowered”. She was chosen together with Alicia Keys, Eva Longoria and Isabeli Fontana.

Today she is one of the most powerful and enigmatic faces of contemporary cinema. But from an early age, Melania Dalla Costa was aware that sensitivity, both artistic and human, would be the weapons that would lead her to realize her dreams and later to raise her voice despite her doubts and frailties, until she became a source of inspiration for thousands of women around the world.

As she says, her story is not very different from that of many other women, because she was “a girl who grew up in a mountain village, with her grandfather a shepherd and with big dreams that accompany her until today.”

Coming from a film-loving family, she decided to study acting from a young age until she landed her first television role in 2014; but it was her passion and commitment to her ideals that led her to awaken to activism.

Melania began spearheading the fight against violence against women for the United Nations in 2019, later Grazia Arabia featured her as one of the most inspiring women globally and she was recently chosen to represent the “Empowered Women” campaign alongside Eva Longoria, Alicia Keys and Isabel Fontana.

“It’s an honor to be a part of this project that I have loved and with such inspiring and world-renowned women. I respect them so much as artists, as activists and most of all as women,” says Melania. 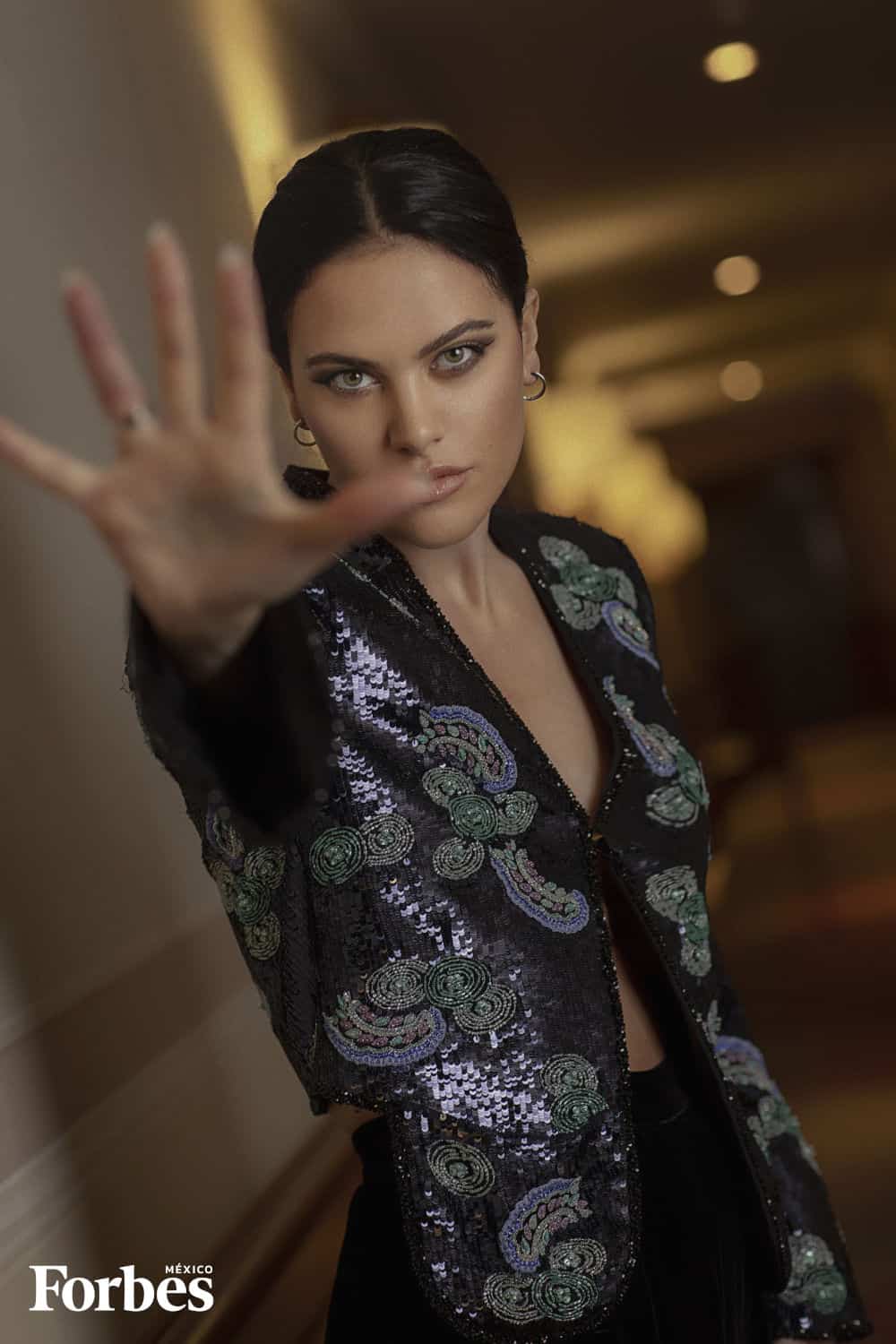 Like them, the Italian actress represents beauty, tenacity, commitment and feminine power today, but there is something special about her and that is that her participation in “State of Drunkenness,” a film about addiction, made her generate a singular empathy with fragility.

“I realized that even people who live their whole lives with mental illness and trauma are beautiful, strong and resilient. I hope this can be understood especially by young people. Our traumas and frailties can transform our tragic stories into stories of love, truth and beauty.”

It is this realization that drove her to go out into the world and recognize, first and foremost, that people, especially women, don’t always have perfect lives, but that should not be a factor in not becoming stronger, speaking out and fighting for the things that are truly worthwhile in life.

“I love all my injuries, I would do it all over again the same way. My injuries and mistakes have taught me to be strong and have helped make me the woman I am today. I’m not afraid to express my doubts and fears, as you grow up you learn to show your weakness as a sign of great strength,” she says. 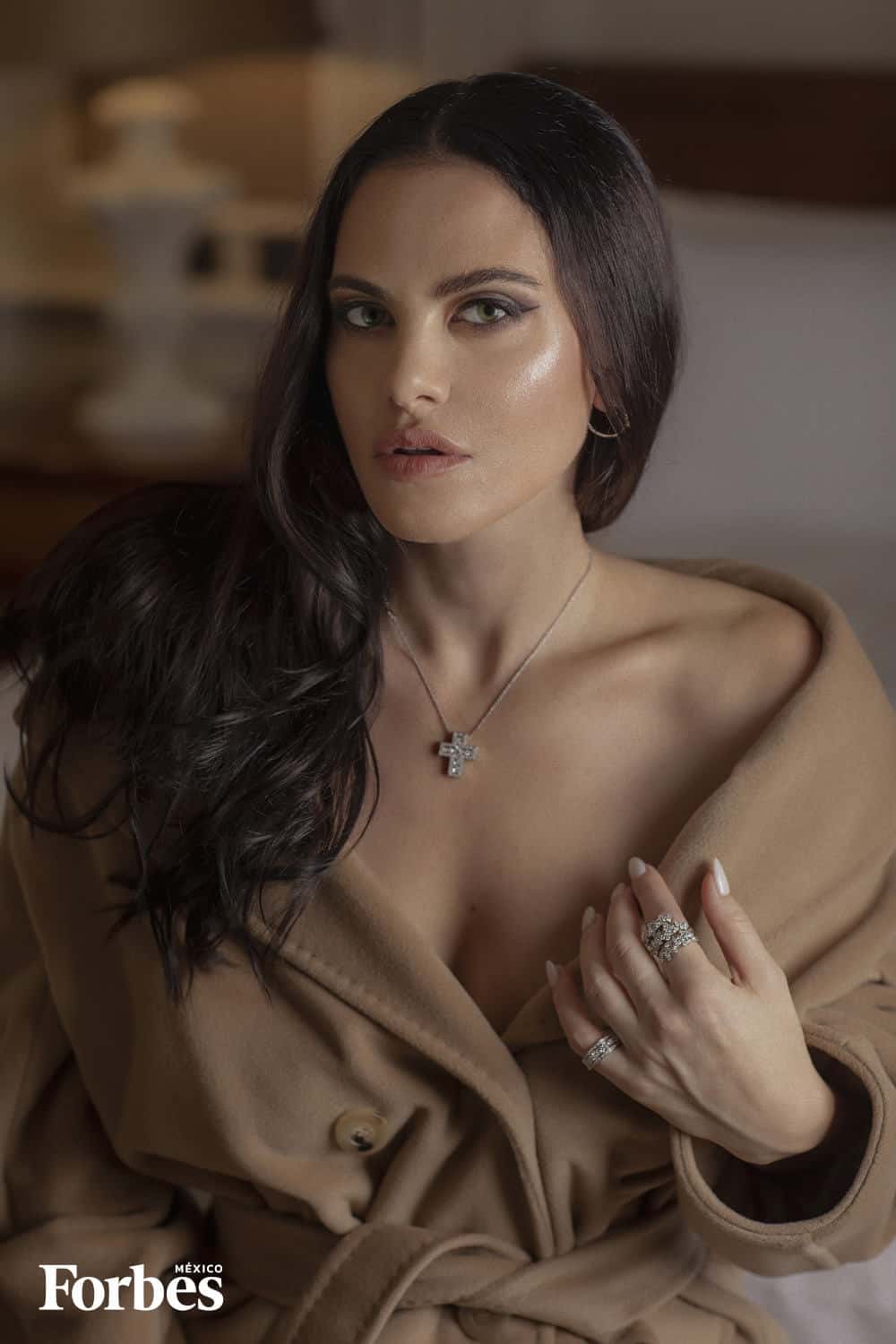 Commitment is to the most vulnerable

In order to participate in the campaign, Melania reflected on her position as a woman in this day and age, which is why her commitment is to the most vulnerable women.

“I’m proud to have been chosen, but I can’t ignore the women who risk their lives every day and dedicate every minute of every day to saving the lives of others. They are the real heroes. More than 2.5 billion women around the world (sometimes more than once and in multiple ways) have been affected by discriminatory laws and lack of legal protection. Combating violence against women requires a fundamental cultural shift in our society. We often talk about innovations and scientific breakthroughs, but in today’s world there are still women who are trapped in prisons of abuse. Unfortunately, too often this abuse remains silent,” says Melania. 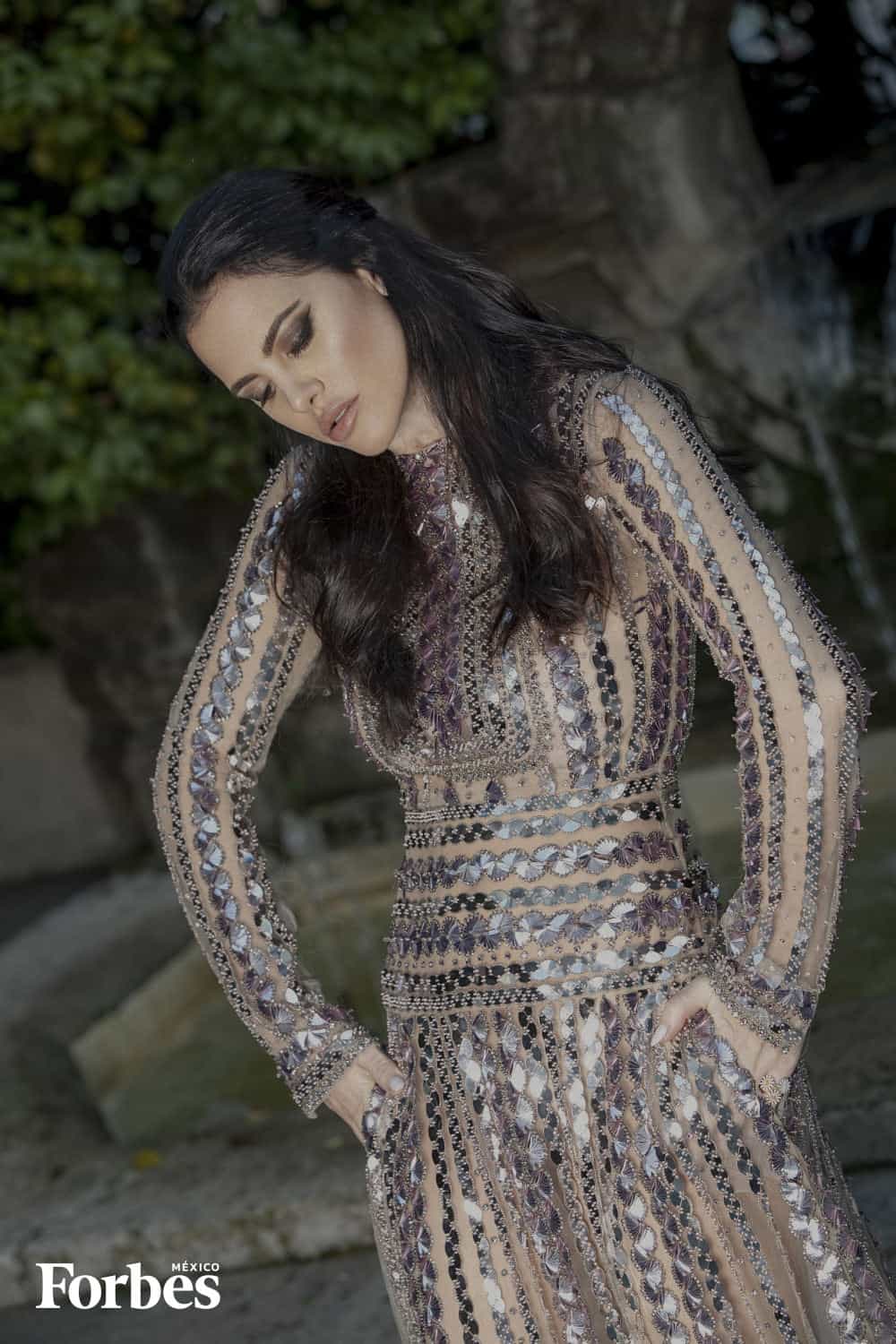 Professionally, the actress is experiencing a moment of great creativity, with projects in the pipeline that she is proud of and that are congruent with her ideals.

“I am currently immersed in the magic of creation, new projects that tell the story of my origins on the Asiago Plateau. I’m working on bringing a script with female protagonists like Bonecrackers, The Golden Blood and La Lupa to the big screen. Cinema still doesn’t represent many strong and determined female protagonists and I would like to give women that opportunity and place. I want to tell new and unique stories.”

Speaking of artists she’d like to work with in future projects, Melania mentioned Leonardo Di Caprio, considering him a talented and sensitive man committed to protecting the planet.

“I think of his unforgettable interpretation of the hunter Hugh Glass in Alejandro González Iñárritu’s masterpiece “The Revenant.” The film is based on the true story of Hugh Glass, the 18th century American hunter who was abandoned after being badly bitten by a bear. He is a man who never gives up and fights even though his life hangs in the balance. The suffering and intensity of his performance catapulted me into the same frozen forest, into Hugh Glass’ skin, I felt his pain. That’s why I think Leonardo Di Caprio is a genius”. 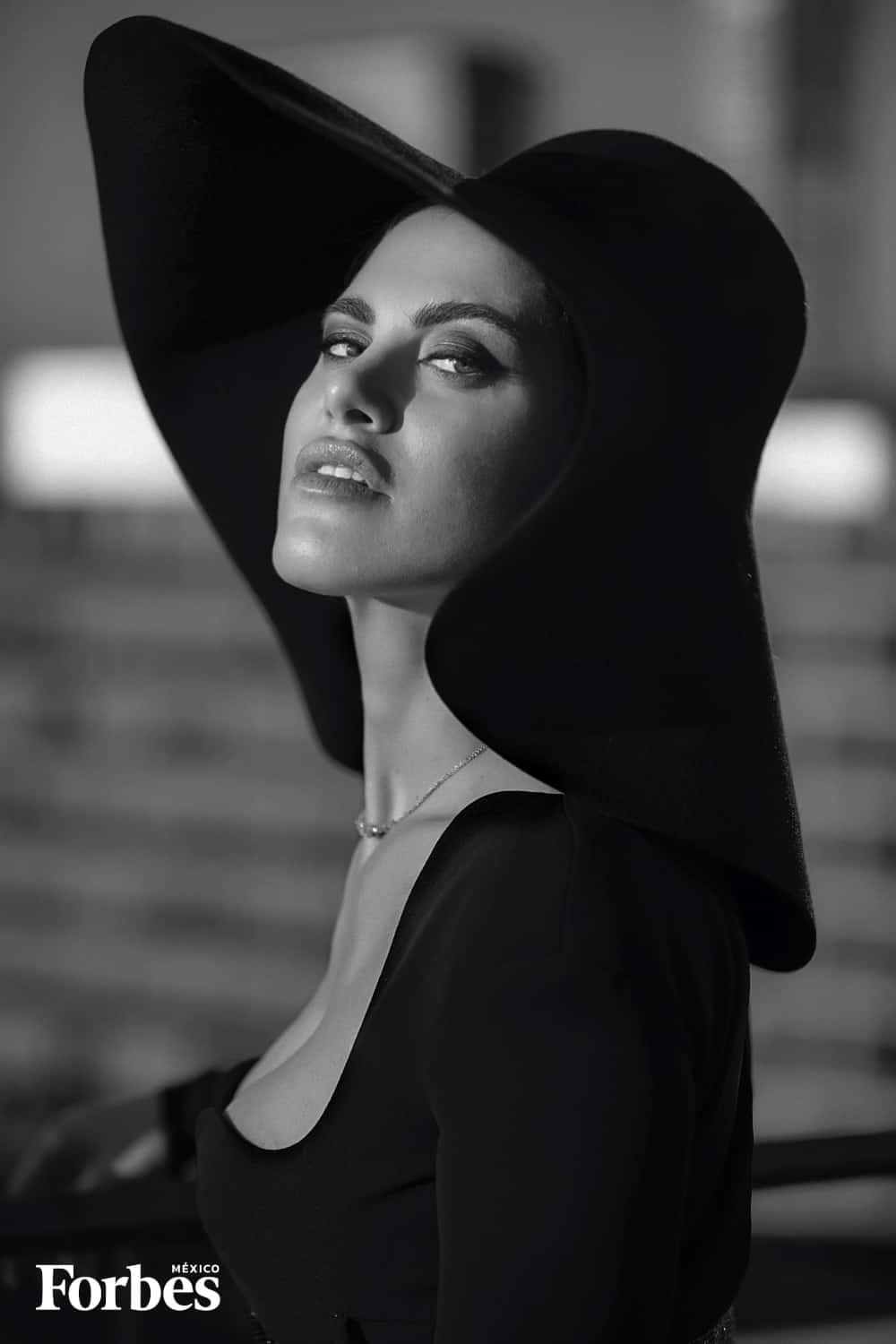