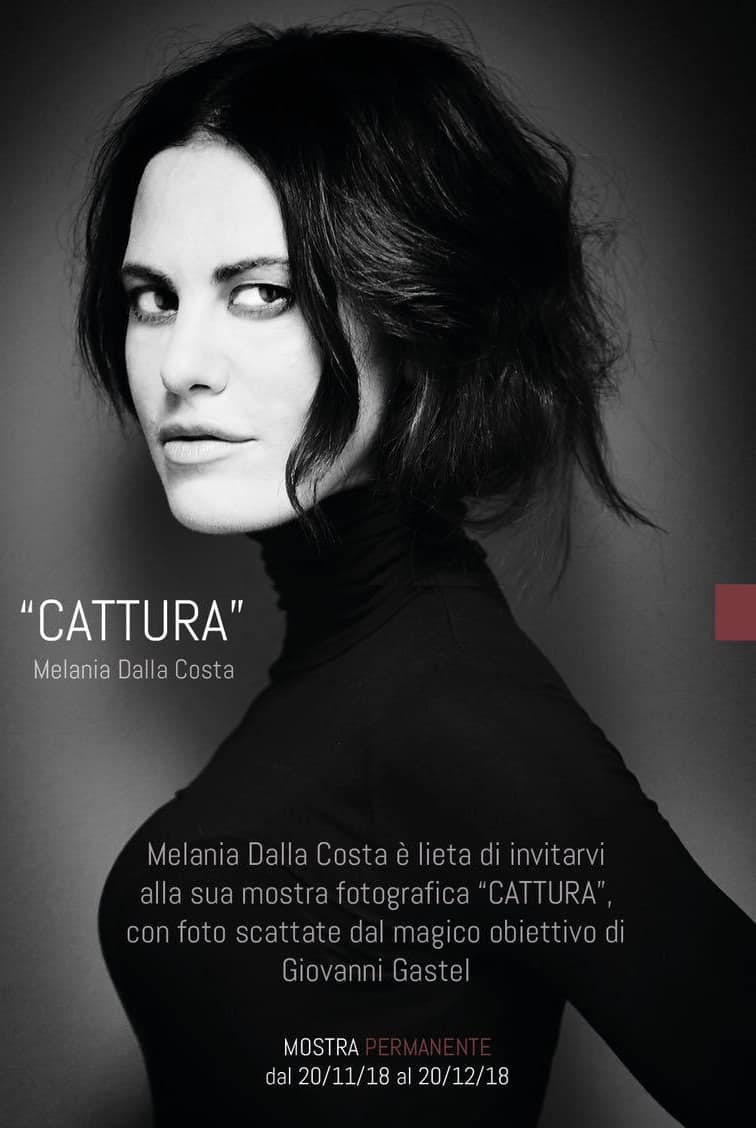 Monday, November 19, 2018 at the Shopping House Il Salotto in Milan in Via della Spiga 2 will take place the vernissage of CATTURA, the monographic exhibition of shots of the actress Melania Dalla Costa taken by the great photographer Giovanni Gastel. The exhibition will be open from 20 November to 20 December, from 10am to 1pm and from 2.30pm to 6pm from Monday to Friday. On Saturdays and Sundays, openings by appointment.

An actress of cinema and theatre, from an early age Melania Dalla Costa became passionate about acting and studied its art under the careful guidance of great masters. After her first theatrical experiences, in 2014 she obtained her first important role in the TV series “Un posto al sole” (A place in the sun), which was followed in the following two years by the participation in the cast of “Immaturi”. She made her debut on the big screen in 2016 in “Cotton Prince”, an international film by Turkish director Hasan Tolga Pulat and then, a year later, played the leading role in “State of Drunkenness” by Luca Biglione. today, at just thirty years of age, she already boasts a curriculum of great importance and is considered, for elegance, talent and versatility, one of the emerging stars of Italian cinema.

The name of Gastel has always been among the most exclusive signatures of the most popular international magazines and its enchanting images stimulate from time to time art critics, cultural figures and fans in general, as they are able to offer ideas of high school, innovative, intriguing and surprising Icon of that unmistakable style, balanced and elegant has received the most authoritative certificates of esteem in every corner of the world.

Not least the Oscar of Photography at the Oscars of Fashion. The fascinating exhibition offers a series of breathtaking images that will “capture” once again the attention of the general public. Dream snapshots in the charm of a place where art and design blend with impressions and emotions.

From 20 November to 20 December, the Salotto di Milano will be open from 10am to 1pm and from 2.30pm to 6pm from Monday to Friday. On Saturdays and Sundays, openings by appointment. 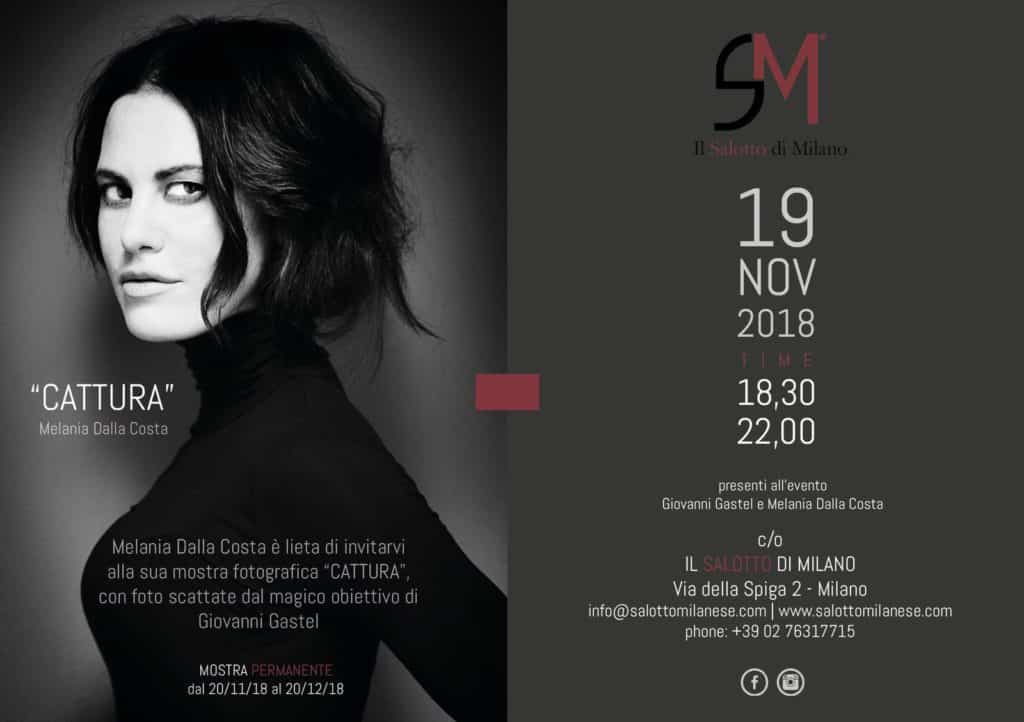 In via della Spiga 2 in Milan, in the heart of the fashion district, the first luxury Shopping House has recently been inaugurated. More than a showroom, more than a concept store, Il Salotto di Milano is an innovative space designed to enhance fashion, accessories, jewelry, art, design.

Elegant and versatile, on the third floor, the Salotto di Milano is a “showcase” of the excellence of Made in Italy and beyond, with a mix of proposals with a strong appeal to an international audience.  The Salotto di Milano introduces an innovative concept: to feel at home to live a “de luxe” shopping experience, among moments of art, design, culture, vernissage and exclusive tastings.